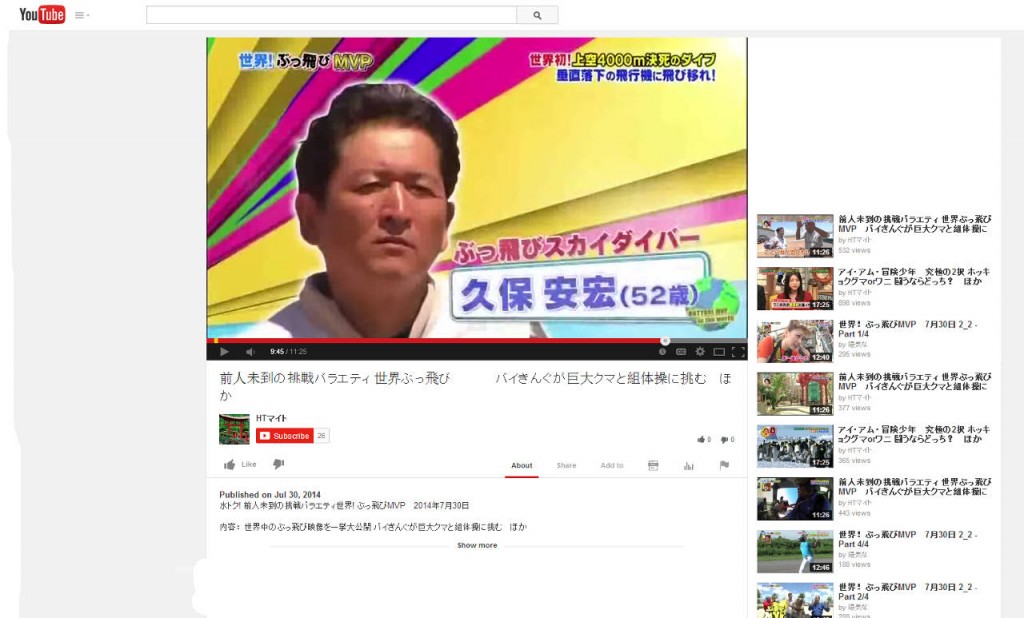 Yasuhiro Kubo is the official Guinness banzai skydiving world record holder. He won the record September 2, 2000. The feat was recorded for the Guinness World Records Japan Show. Taken up to 10,000 ft. (3,000 m) the ultimate jump altitude for a banzai jump, Kubo throws his parachute out the door and makes his exit.

A banzai skydive requires the parachute be thrown from the plane then jump after it. The minimum time required is 2 seconds. Kubo waited a full 50 seconds before jumping after it. That wait is what the world record is based on. Swooping he was able to dock with the parachute, secure the harness and glide to the projected landing point winning the world record.

Yasuhiro Kubo is no stranger to skydiving. Kubo also holds the Guinness World Record for the greatest number of TV camera shoots while skydiving. He is truly a master with an impressive laundry list of accomplishments several arm’s in length. His website skydiving.jp is a testament to his obsession. He began his career at the age of 20. To date he has 10,600 jumps, 5,000 camera jumps and 215 base jumps.

The number of jumps Kubo has taken is as impressive as his versatility in style. He is a master in formation skydiving. Both the CRW canopy formation and what is known as “belly-flying.” This is where multiple skydivers attach themselves to each other using grippers on their jump suits. Other skydiving styles include freefly, the wingsuit, and the tandem jump.